The Riparian Mammal group has continued their river surveys from within. Taking advantage of the low water levels we’ve been wading along most of the river from Yearsley Baths to the ring road. The bottom is muddy in places and there are plenty of bricks and rocks (and few bicycles too!) so, if you don’t want to trip and fill your waders, it’s slow work. All the overhanging greenery means you have to look very closely to avoid missing anything. So far we’ve found evidence of burrows in three or four places, and once we’ve completed the current sections we will put out some floats in the hope that any water voles around will use them as latrines and maybe give us evidence of their numbers.

We’ve had two recent sightings by RFS members of voles along the section we’ve covered, so we know they are there and active. Have you seen any recently?

If you are interested in water voles and would like to join our search, why not get in touch.

Finally,  some photos of members  “in action”. 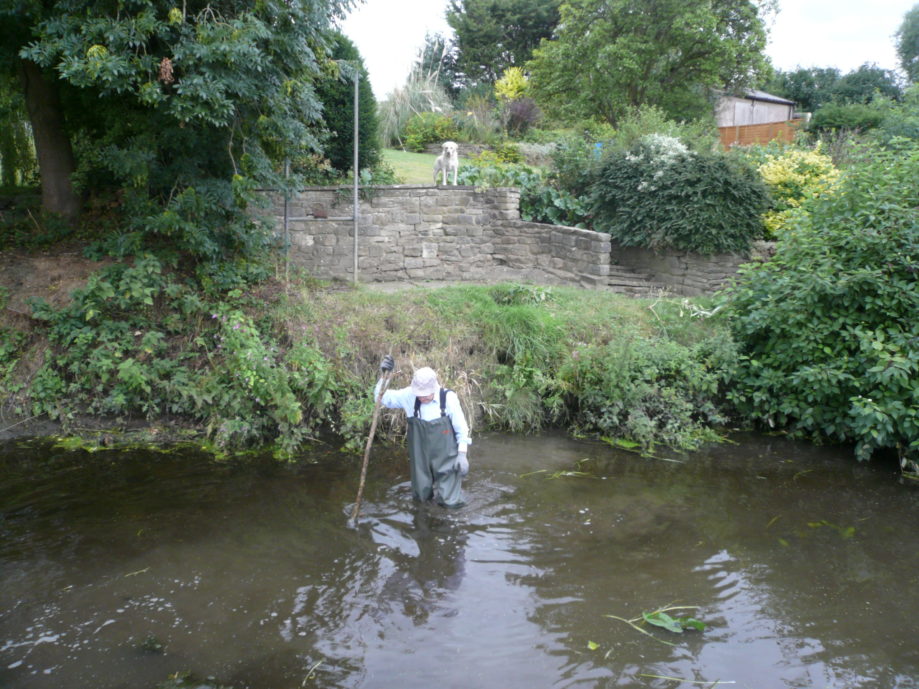 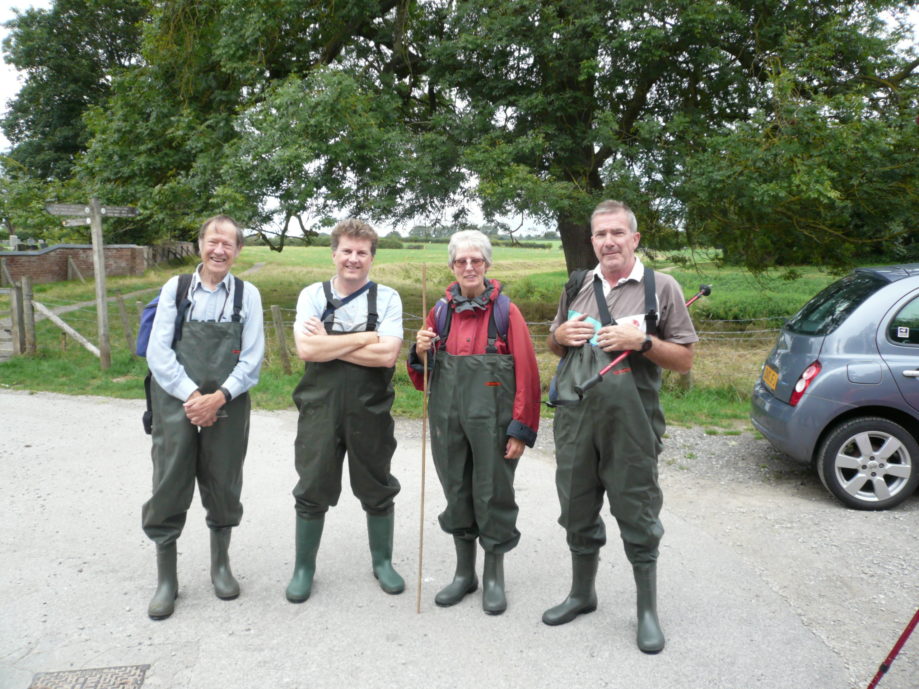 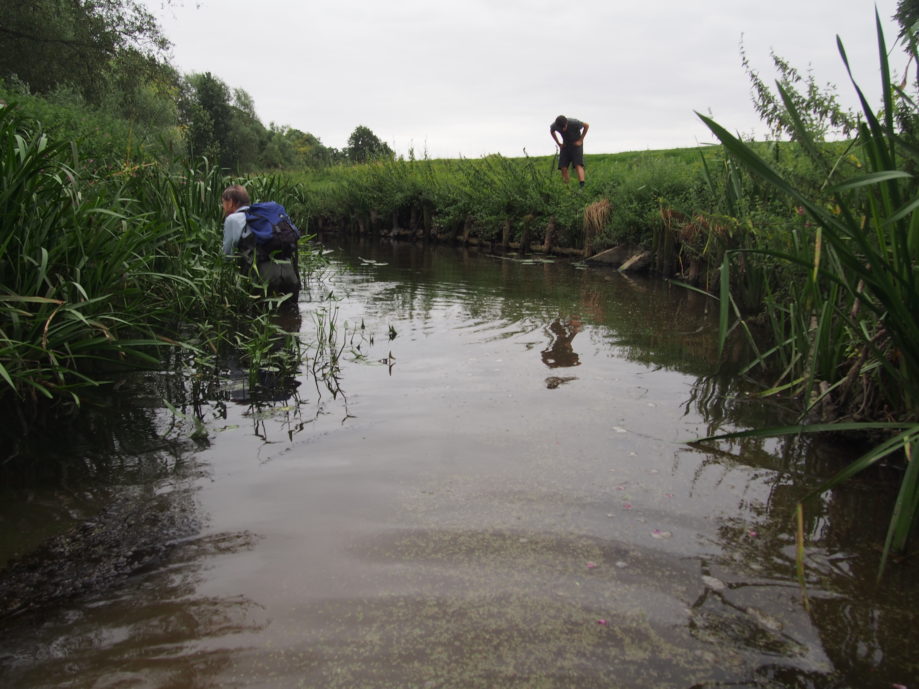