Have you seen the terrapin swimming around in the Earswick area? We had quite a few reports and photos from members walking along the banks in the area. One can only assume that someone had it as a pet and disposed of it in the river. It’s apparently quite a common phenomenon and they can survive UK winters and thrive. Although they start out small and cute, some species get quite big and need a fair bit of TLC. A recent Guardian article said “As committed scavengers without natural predators in Britain, terrapins and turtles find themselves at the top of the food chain in urban ponds and watercourses, chomping their way through a menu of native species that includes newts, fish, toads, frogspawn, larvae and, for the largest and most aggressive specimens, the occasional duckling or juvenile moorhen and coot.”

It’s unlikely that one will cause too much of a problem, though combined with the increasing number of sightings of mink, another non-native invasive species, it’s not good news.

It was suggested that our cool autumns would prevent their eggs hatching, but climate change has overcome that one, and young have been found in ponds in the London area in which populations have become so large that their removal has been necessary. 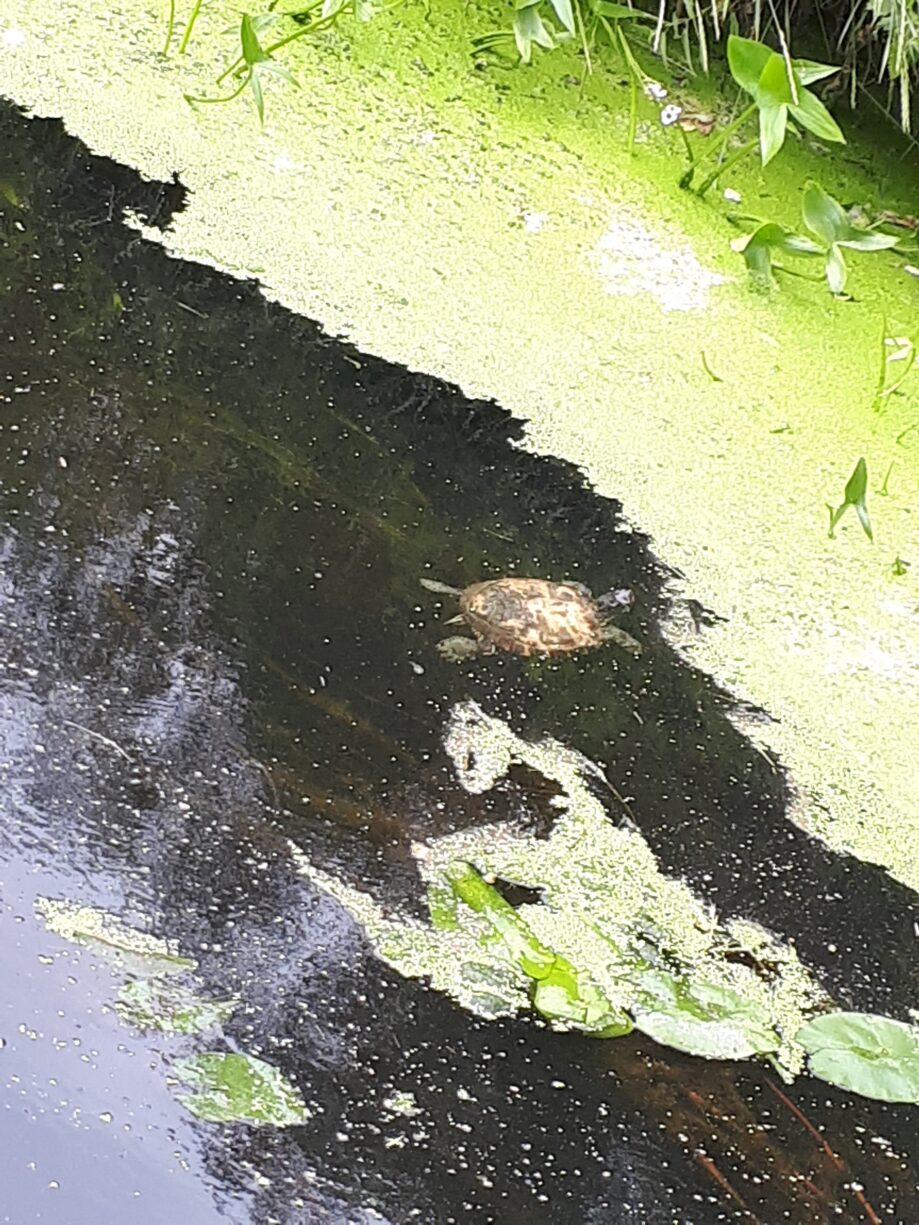