Since 2011 the British Trust for Ornithology has been satellite-tracking Cuckoos to find out why we have lost almost two thirds of our population of these iconic birds in the last 20 years.

We have found out a lot about their migration, but much remains still to be discovered.

To date we have tagged over 50 birds, all adult males bar one, as they are generally larger than females and so better able to carry the tags. Once smaller tags are available, we hope that we will be able to tag females and juveniles too.

UK Cuckoos spend the winter around the Congo rainforest and understanding where they winter and the routes they use to get there could be an important factor in determining the causes of their decline.

We have discovered that Cuckoos leave the UK much earlier than thought. The earliest departure date so far has been 3rd June, and in each year over 50% of our tagged Cuckoos have left the country by the end of June, much earlier than expected! Most of them arrive around the end of April and leave during June and July. This means that Cuckoos spend about two months in Britain, about six months in Africa, and the other four months of the year migrating.

They head out of the UK in a variety of directions, some due east across the North Sea to the Netherlands and Belgium while others head south across the English Channel into France.

One migration route was found through Italy as expected from ringing data, but in the first year two Cuckoos went via Spain, highlighting a brand new migration route with a stopover site north of Madrid. This has been followed by many English birds and has a higher mortality rate than the Italian route used by most of the Scottish and Welsh birds.

Stop-over sites are important fuelling areas for migrant birds, allowing them to fatten up for the journey ahead. Many of our Cuckoos have spent time near the River Po in Italy; others stopped in Spain which latterly has been afflicted by droughts which have probably reduced the quantity of food available to fatten up.

The Cuckoos followed so far use a different return route to get back to the UK to the one they followed on their outward migration. They head to West Africa before making the return crossing over the Sahara Desert. We think this is linked to a weather system called the Inter Tropical Convergence Zone (ITCZ) the rains from which produce sufficient food for the return journey.

Increasing the number of individuals tagged, and following them for a number of years allows us to answer yet more questions. Short-term studies can give misleading results; for example the habitats that were used in the Congo basin by English and Scottish Cuckoos in the first two years are not the same habitats being used in latterly.

There is still a lot more to be done to fully understand Cuckoo migration, and we need to keep tagging to increase the robustness of our data.  Because each year is different, it will not be until we have several years more results that we will be sure that we have found (at least some of) the answers we are looking for. You can follow them on the BTO website – try it; it’s fascinating!

If you find the lives of our garden birds to be of interest, and would like to join in and count the feathered occupants of your garden, please contact me or visit the BTO Garden BirdWatch website (www.bto.org/gbw). If you know of a local organisation who would like a talk on garden birds call: Mike Gray 07596 366342 or gbwmike@gmail.com. 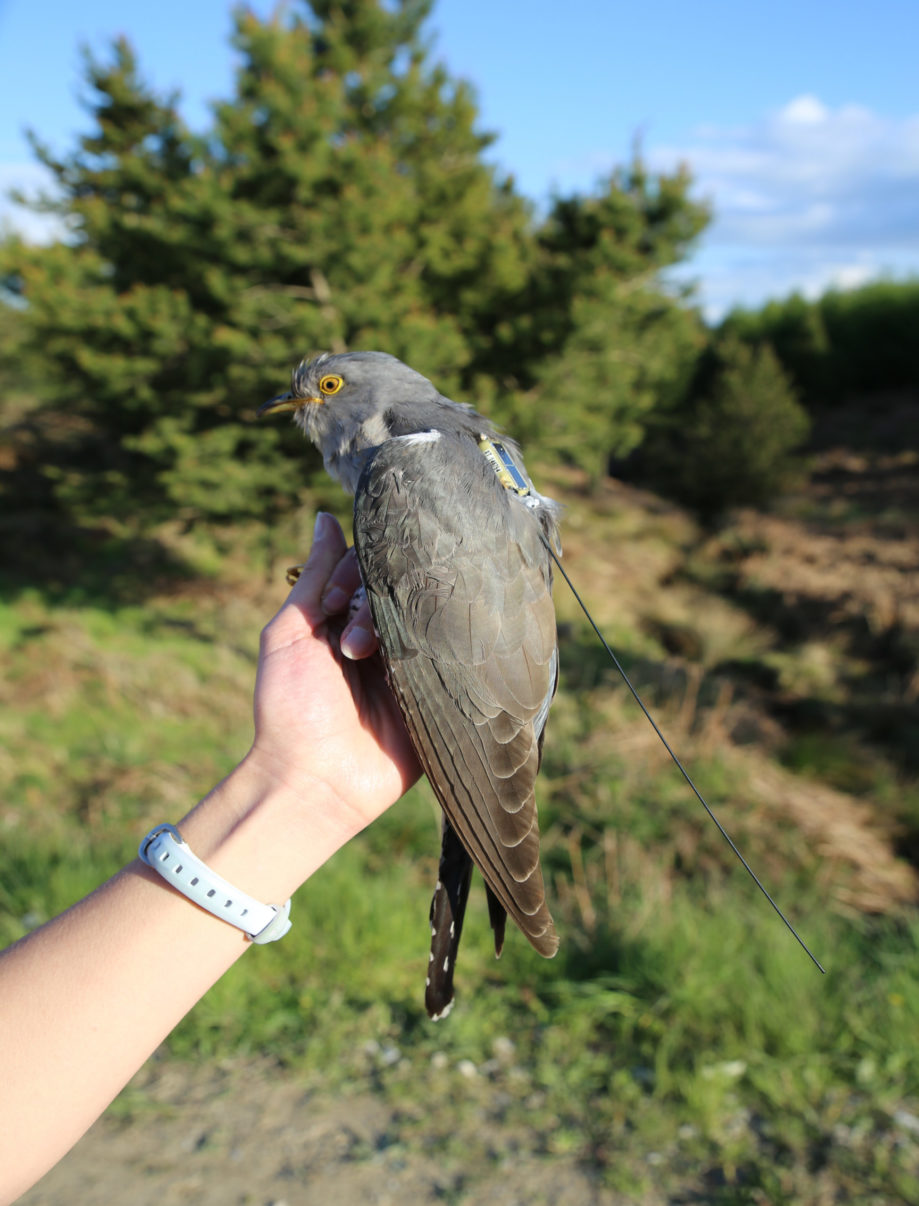