Bird song is a wonderful and uplifting sound. OK, too much Green Woodpecker, Great Tit or even Cuckoo can drive you bonkers, but………………….

It’s world of different sounds that most of us don’t tune in to. I’ve been on walks where I comment “What a lovely song, but what is it?” The response tends to be “What song?” Now is the time, being excluded from our normal environment, where many of us have the opportunity to listen in without the usual background of traffic. I warn you though, once you tune in you’ll stay tuned in!

First though, it’s useful to think about the purpose of birdsong. It is all about breeding. Most song is used either to defend a territory or attract a mate, and tends to be a male pastime. This means that between now and late summer is when it all happens – there is no dawn chorus in winter.

Before you start delving into sound clips and try to work out who’s song you’ve been listening to, it’s helpful to work out whether it’s a song or a call; often you need to listen to a different part of the clip to identify the bird concerned. Whilst song is all about breeding, calls are used for all sorts of purposes such as contact within groups, alarms or calling to offspring. Definitions vary, but songs tend to be complex and melodious, whilst calls tend to be simpler; both may be repeated. Perhaps the most common example is the Blackbird. Their fluid and varied song is heard all day long, though early morning and late evening are the best times to fix it in your mind, as they tend to be the first and last songsters. Disturb one during the day though, and you will hear a completely different sound – their alarm call is a series of staccato squawks, rather indignant sounding, as they fly away.

Social species such as Sparrows, Rooks and Goldfinches are among the birds you can hear chattering away to each other – these are contact calls. Some, such Starlings often make rather soothing sound, almost a sort of coo, whilst others rise and fall depending on whether they are just chatting, or getting aggressive!

There are many websites specialising in bird song, https://www.british-birdsongs.uk/ is one of the easiest to use. (Bizarrely, many of the songs are recoded outside the UK!) To try it out, click on the link and then on the Blackbird. Look above the picture on the page which the link opens, and you’ll see three tabs: for song, alarm call and flight call. Listen in and you’ll hear the difference.

Next question – where do you start looking to find which bird is singing??

A repetitive single note could be a Great Tit, a complex song which rises at the end could be a Chaffinch. A varied high-pitched song could be a Robin – a Wren is even higher pitched.

On the assumption that you’ll be in your garden when you tune in, the 10 commonest gardens birds are

For more information on Garden Birds the British Trust for Ornithology is your best source https://www.bto.org/our-science/projects/gbw 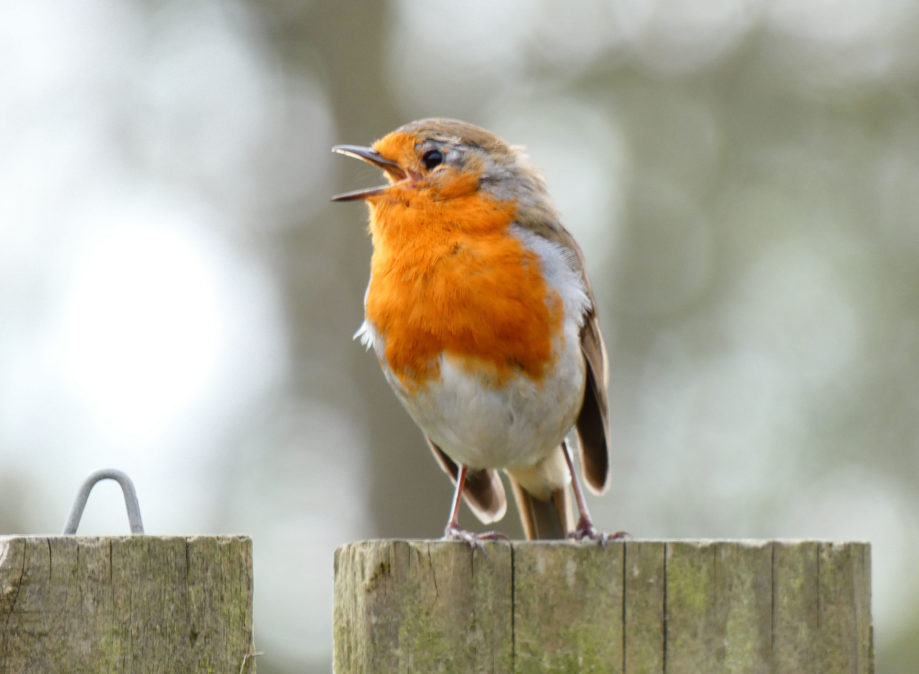 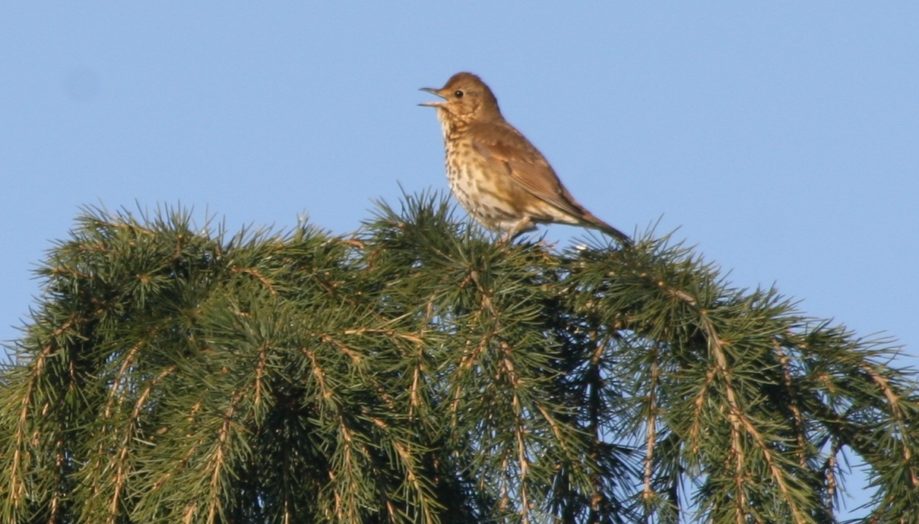